Door opening with eye or fingerprint 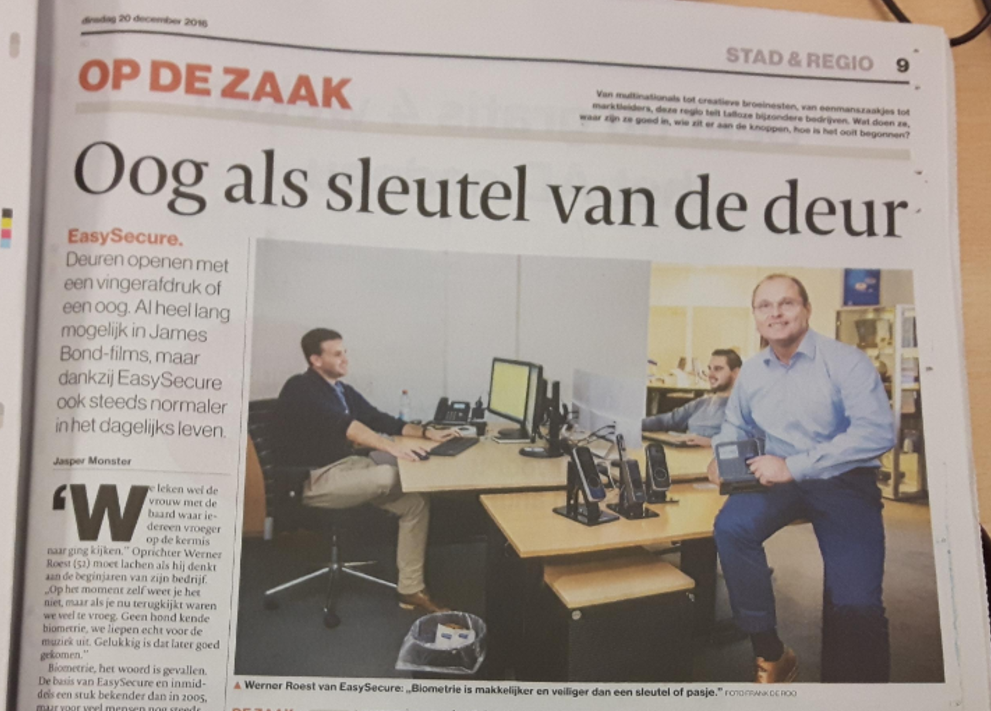 Opening doors with a fingerprint or an eye. Already possible in James Bond films for a long time, but thanks to EasySecure also increasingly normal in daily life.

We were like the woman with the beard that everyone used to go and see at the fair. Founder Werner Roest (52) has to laugh when he thinks about the early years of his company in an interview with the AD. At the time, you do not know, but if you look back now, we were far too early. No one knew about biometrics, we were really ahead of the game. Fortunately, that all turned out well later on.

Biometrics, the word has been dropped. The basis of EasySecure and now much better known than in 2005, but for many people still a far cry. Biometrics is recognition based on body characteristics. For example, fingerprint, eyes or face. We provide access, time registration and attendance based on these characteristics. Everyone understands that access passes or keys are in all respects less convenient than a fingerprint, for example. You know exactly who is inside and nothing ever gets lost again. It just took a while for it to be accepted."

In the early years, everyone looked at the beard instead of the woman. It made for hard times. After three years, my money ran out, so I had to find an investor. The following years were also difficult, because biometrics was still unknown." From 2013, things started to go in the right direction. Fingerprint and iris scans were no longer seen only in films and series, but companies also started to recognise their advantages. Many large chains switched to biometrics. MediaMarkt, supermarkets, hotel chains, they all use our system. We also have other customers. Plantations in Ethiopia where thousands of people clock in and out every day. Or the yacht of a billionaire where there are fingerprint scanners."

But why do all these companies want EasySecure's product? Roest has two explanations for the growth of the company (the last three years at least 25 per cent per year). On the one hand, the convenience. It is easier and safer than a key or card. On the other hand, our software. We don't make the scanners ourselves; they are imported from South Korea, but we developed the software. The software has been designed in such a way that it can be used by everyone. Both for the boss of a large retail chain who wants to determine who is allowed to enter his shops, and for the billionaire who wants to secure his boat.

Yet there is scepticism about security and privacy. How can anyone be sure that the fingerprint will not fall into the wrong hands? It's not Big Brother is watching you. Your boss is not concerned about your fingerprint, but about security. We use the most secure data centre in the world, nothing can happen. Otherwise all those companies wouldn't even want to talk to us."

For EasySecure, the next few years will be characterised by growth. Biometrics is becoming better known, people are less sceptical and attention is growing. Roest looks to the future with confidence. In difficult times, I doubted whether we would make it. Now I think that despite all the setbacks we were not a moment too soon. After all, the prizes are only distributed at the finish line. And we have passed that as a healthy company. 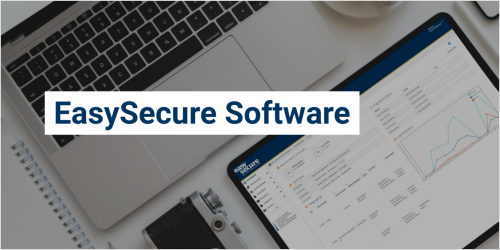 Every month there is a new release of our EasySecure Cloud platform and every month we add new functionalities to your software environment. Check out the September release here. 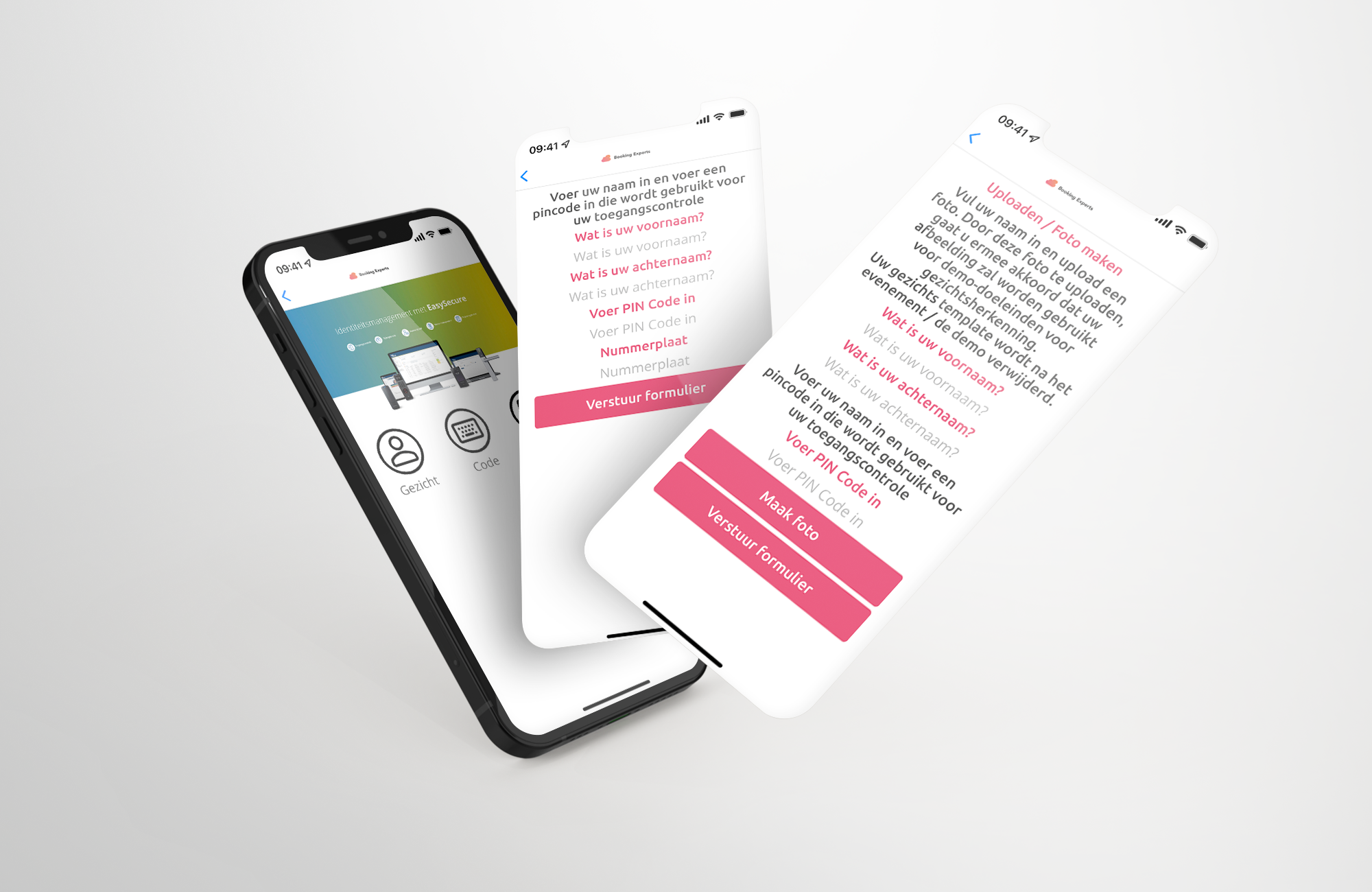 Every month there is a new release of our EasySecure Cloud platform and every month we add new functionalities to your software environment. In this blog you can find all things about the july update.

Our June release - Best of breed

Every month there is a new release of our EasySecure Cloud platform and every month we add new functionalities to your software environment. In this blog you can find all things about the june update.